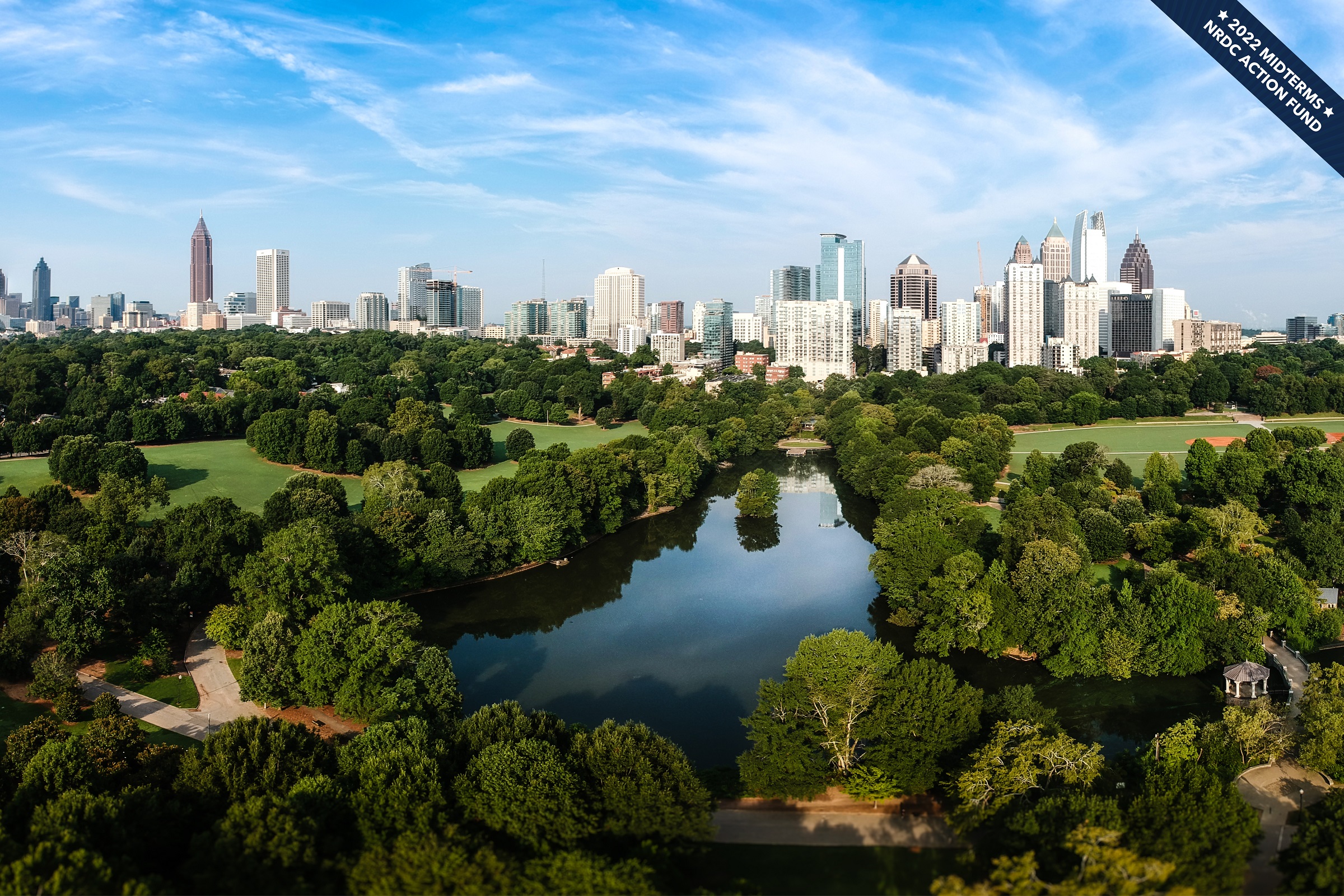 Georgia is at the heart of our fight to protect our future.

From our climate to our democracy, the next stage of the battle to protect our future—and our children’s’ future—will be decided at Georgia’s polling places. Your vote this year matters more than ever.

Without record turnout from Georgians in November 2020 and the special elections of January 2021, the United States would not have just passed the biggest piece of climate legislation in the history of our nation: the Inflation Reduction Act. This bill will provide states with almost $370 billion to invest in clean energy and ensure climate justice for communities across the country. But that’s just one drop in the large bucket of work left ahead of us to ensure climate justice and energy equity for all.

With so much work to be done to secure the future of our planet—as well as our democracy—it’s vital that we keep up this momentum and ensure pro-climate voters turn out to the polls in Georgia this year.

Everything you need to know about voting this year in Georgia:

Please note there have been important changes to absentee/mail-in ballot voting procedures since the last major election in Georgia. Check out these key deadlines and resources to make sure you don’t miss the chance to vote by November 8.

We need true climate champions to lead the way in Georgia, a state whose political makeup has unique potential for significant climate and energy industry innovation in the coming years. We believe these candidates fit that bill. 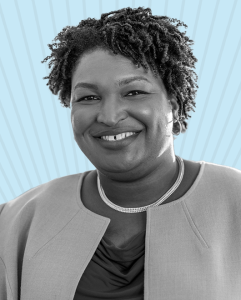 Why we support Abrams 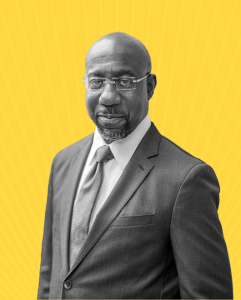 Running for U.S. Senate
Senator for Georgia since 2021

Why we support Reverend Warnock 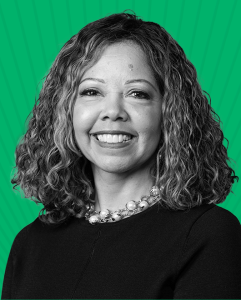 Running for her third term in the U.S. House of Representatives (GA-07)
Representative for Georgia since 2019

Why we support McBath

We need your help to spread the word about this year’s election and make sure that every eligible voter you know in Georgia has all the information they need to cast their ballot in support of a pro-climate majority.

Don’t have social media? Share this page directly with your Georgian friends, family, and community!

Sign up to be a poll worker on Election Day!
Poll workers power our democracy—and Georgia’s polling stations need your help this year more than ever, particularly in the wake of recent election rule changes.

Join our All In For Climate Action Slack channel! >>

Sign up to write letters to Georgia voters
We’re partnering with Vote Forward to mobilize volunteers like you to write thousands of get-out-the-vote (GOTV) letters to voters in Georgia. This is one of the most effective ways to make sure people turn up to vote—in fact, writing personal letters can increase turnout results by up to 3.4 percentage points!

Check out Georgia Get Out the Vote events here! >> 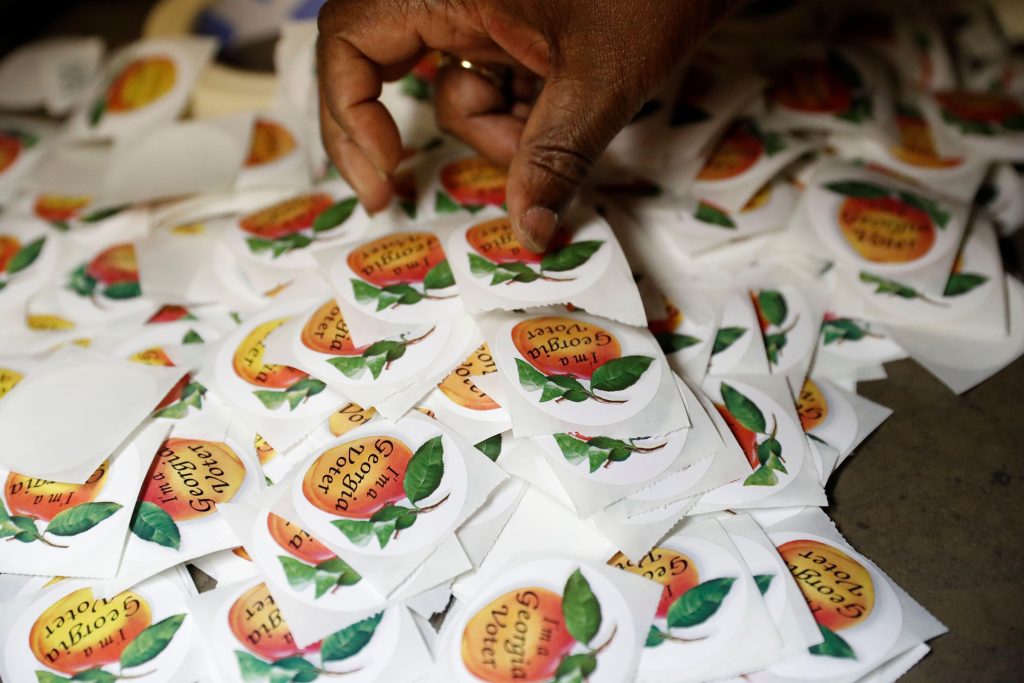 THE WHY: Building our climate majority in Georgia

Georgia’s coasts are on the frontline of the increased flooding and other extreme weather damages that are a direct result of warming global temperatures. And in the wake of the pandemic, our communities need the new jobs and energy cost savings that will result from transitioning to a clean energy economy.

At the polls this year, we’re fighting for the right of every Georgian to live safe from extreme weather events and have affordable access to clean air, water, and energy.

Given the history of discriminatory voting practices in Georgia and across the South—particularly for Black voters—and the current wash of election misinformation spreading across the country, it’s even more important that we join forces to get out the climate vote.

One curveball facing Georgian voters now is last year’s passage of Senate Bill 202, which burdens the state’s voters with unnecessary restrictions. In addition to updates to the identification required in order to be able to register and vote in the state, there has been a significant cut to the number and accessibility of ballot drop boxes across Georgia.

An NPR analysis of voting habits during the May 24 primary found that under the new rules, almost 1.9 million Goergians—about a quarter of the state’s voters—have seen their travel time to a drop box increase from 2020. Back in 2020, there were exponentially more drop boxes, and they were available 24 hours a day; this year, the smaller number of boxes are only typically available from 9 a.m. to 5 p.m.

Even seemingly small changes like this to voting rules can have a big impact on turnout, so the NRDC Action Fund is calling on you to help us make sure every Georgian has what they need to vote this fall.

The results of Georgia’s 2022 midterm elections will be pivotal not only in determining control of the next Congress but also in helping us keep the climate action momentum going for years to come. It’s up to us to work together to ensure that we come out of Election Day with strong pro-climate leaders in office.

We know that when it comes to fighting climate change and securing a clean and healthy future, every election counts. This one was no different. But a split Congress means leaders from both parties have a responsibility to work together to build a livable future for all. Now, it is important to continue to push for equitable climate action and insist that both parties work to deliver a clean energy future. The NRDC Action Fund has a long history of working with bipartisan legislatures to achieve real climate progress. There is tough work ahead—but for now, let’s celebrate the new and returning climate champions.

Our journey does not end on Election Day, and we will continue to defend the wins and learn from the losses over the last two years. We hope that you will continue to support this work. Tell President Biden and key environmental cabinet officials to keep the momentum going and accelerate climate progress before it’s too late.

Virginia’s climate future is hanging in the balance. The next stage of the battle to protect our future—and our…

North Carolina’s climate future is hanging in the balance. The next stage of the battle to protect our future—and…