Trump’s Assault on Science, Truth and Our Health 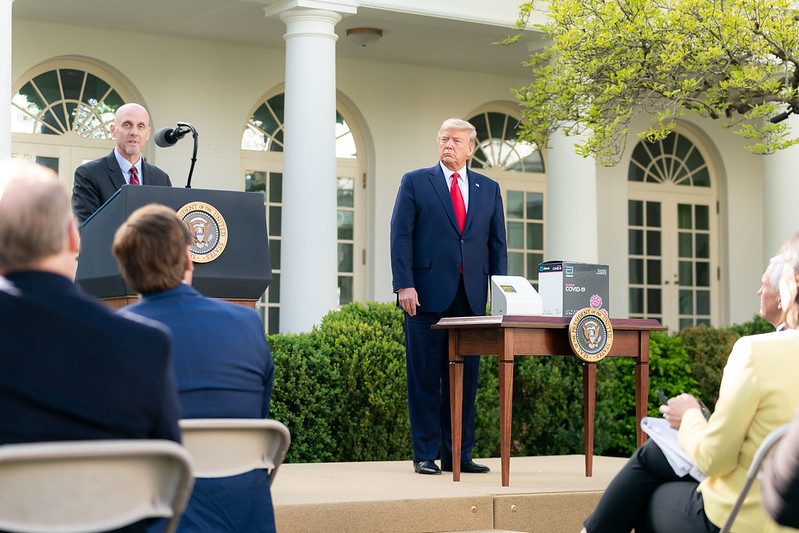 It’s common sense that science should inform our nation’s public policies and guide governmental decision making and communications. That’s been the hallmark of America’s environmental and public health laws for nearly 50 years, and that has saved lives, boosted our economy and made our country cleaner and safer.

But from the opening days of his administration, President Trump has stifled scientific views that run counter to his deregulatory agenda. At the Environmental Protection Agency, it started within a couple of months of his inauguration. Trump’s political appointees at the EPA went on a mission to quickly erase from the agency’s website hundreds of pages dedicated to climate change and the related science and even manipulated search results so that certain queries related to the climate crisis were instead redirected to a new Trump executive order prioritizing fossil fuel development.

Three years later, Trump’s disregard for science has never seemed so important and consequential, with health workers valiantly trying to save lives and manage a tsunami of COVID-19 cases despite shortages of crucial equipment.

At the onset of the crisis, Trump put politics above public health, ignoring briefings by top health officials and even warnings from his own intelligence chiefs that American families were at risk and should prepare for the worst. For weeks, the president downplayed the risk that the novel coronavirus could spread in the U.S., telling a crowd at one of his rallies that warnings from the scientific community were part of a “Democratic hoax.” On February 26, Trump tweeted, “The Coronavirus is very much under control in the USA.” A month later, the U.S. would record more than 150,000 cases, with thousands dead from COVID-19.

Trump’s incompetence did not cause this pandemic, but it did waste precious time, perhaps the most valuable resource public health officials have when facing a surge of very sick people who need urgent care.

Let’s be clear: Trump’s antipathy toward scientific truth will continue to threaten our health. Left unchecked, his administration’s regulatory rollbacks will make our air and water more polluted. His repeated attacks on climate science and promotion of fossil fuels will further delay the American leadership the world needs to unite to tackle the climate crisis. Today Trump’s stream of inaccuracies is depriving Americans of the reliably true information we need from the government to keep our families safe. Instead, many of our nation’s governors have had to fill that void.

President Trump should be proud of and fully utilize the extraordinary scientific and technical expertise at his disposal. He should respect scientific consensus and use his bully pulpit to lead us all to take sound advice to keep our families safe. And when balancing competing concerns, the president should always err on the side of safeguarding lives.

There is only one federal government. We need this president and his team to succeed in minimizing the loss of life and serious illness during this pandemic. Nobody wished for the incompetence Trump displayed during the onset of this emergency, but nobody should forget it. He simply isn’t fit for this job, and that’s never been more apparent.

We need a president who values competence above loyalty, one who respects science and scientists and one who will prioritize public health over his or her own political fortunes. On November 3, we get to vote for one.

President Biden’s “American Jobs Plan,” announced yesterday in Pittsburgh, Pennsylvania, is the next step on his bold campaign pledge…