Biden and Trump Clash Over the Environment in Final Presidential Debate 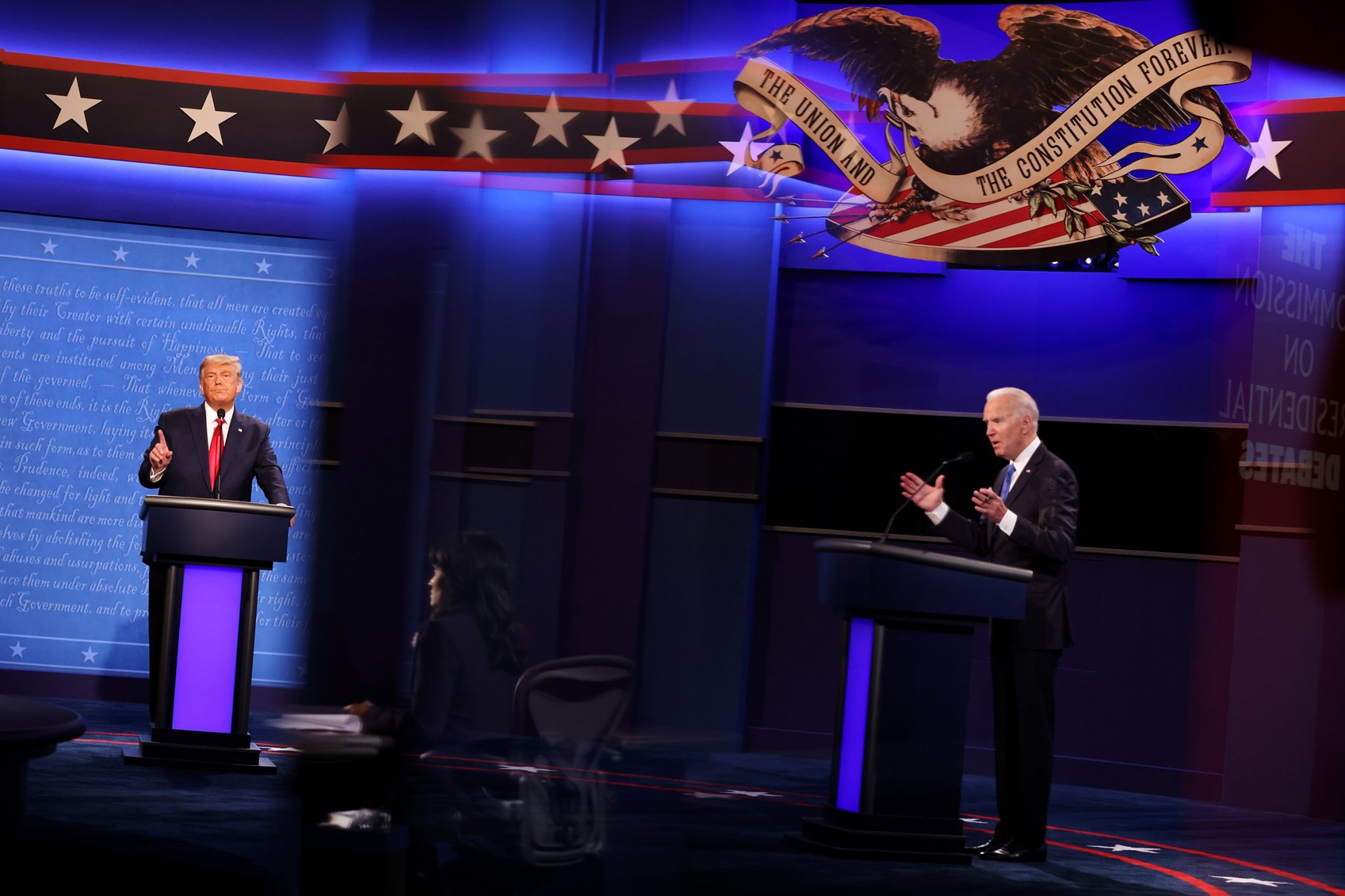 Less than two weeks out from Election Day, last night’s final presidential debate offered a little more self-restraint and fewer flies than previous debates—but just as much prime time for environmental issues. Not surprisingly, President Donald Trump and former Vice President Joe Biden disagreed on what’s best for the planet, its people, and how to prepare for a future in a rapidly warming world.

Here were some of the night’s biggest statements on the environment, ranging from the empowering to the egregiously inaccurate and downright confusing.

“Global warming is an existential threat to humanity. We have a moral obligation to deal with it.” —Biden

Yep—and Biden is the only presidential candidate with an actual plan to do just that. (Details below.)

“We’re told by all the leading scientists in the world [that] we don’t have much time.” —Biden, on combating climate change

Unlike Trump, Biden listens to the experts on COVID-19 as well as climate change. And whether in our own National Climate Assessment or the latest IPCC report, the scientists have been making it abundantly clear that it is in humanity’s best interest to curb global carbon emissions (and quickly) if we’re to avoid the most catastrophic impacts of a warming planet—such as sea level rise, ecological upheavals, extinctions, famine, social unrest, and mass migration.

“We have the best, lowest number in carbon emissions.” —Trump

This is a bald-faced lie. When it comes to carbon emissions, the United States ranks among the world’s top polluters, second only to China (but per capita, Americans emit way more than the Chinese). Trump’s other claim that our country has the lowest carbon emissions it has had in the past 35 years is also misleading. Two years ago, under the Trump administration, the United States actually saw its biggest spike in carbon pollution since 2000, and Trump’s unrelenting rollbacks on the country’s carbon emissions standards—whether they be for power plants, vehicles, refrigerants, or leaky oil and gas wells—will send an extra 1.8 billion tons of planet-warming emissions into the atmosphere by 2035.

Now, let’s contrast that scenario with Biden’s plans for the nation to reach net-zero emissions by 2035. Through the building of a new clean energy economy, he understands the United States doesn’t only have a moral responsibility to address our outsize impact on the planet’s climate but also a huge opportunity to clean our own air and water and boost the health of our communities while doing it.

“The fact is, the frontline communities—it doesn’t matter what you’re paying them. It matters how you’re keeping them safe.” —Biden, on environmental justice

Biden understands that low-income communities and people of color have long borne the brunt of environmental injustices—whether they come in the form of high levels of lead in their drinking water, soot and ozone in their air, toxic waste dumps in their neighborhoods, or low access to parks and other green spaces. That’s why Biden’s climate plan includes strategies like improving pollution monitoring within fenceline neighborhoods as well as public warning systems for environmental dangers like toxic chemical spills. The plan also seeks to direct 40 percent of its climate spending to low-income communities through local job training for clean energy industries, building upgrades, and investments in public transit.

“They want to take buildings down, because they want to make bigger windows into smaller windows. As far as they are concerned, if you had no window, it would be a lovely thing.” —Trump, on energy efficiency (we think)

No, environmentalists aren’t coming for your windows. Trump’s left-field claim is just another bizarre scare tactic meant to confuse and distract people from the real issues at hand. We are going to assume he is referring to energy efficiency here. The truth is that updating the energy efficiency capacity of our homes and buildings—which Biden’s plan prioritizes—will create jobs, reduce household bills, and curb the pollution that takes a high-priced toll on public health. These upgrades would involve investments like modernizing heating and cooling systems and ensuring windows are airtight—but those airtight windows can be big, if that’s your thing.

“We’re going to take four million existing buildings and two million existing homes and retrofit them so they don’t leak as much energy—saving hundreds of millions of barrels of oil in the process and creating [a] significant number of jobs.” —Biden

Buildings are responsible for about 40 percent of total global greenhouse gas emissions—and making them less wasteful when it comes to energy (and the money you spend on it) represents a massive opportunity to combat the climate crisis. And Biden’s plan doesn’t stop at retrofitting. By beginning the process of setting nationwide building-performance standards, he wants to ensure millions of new buildings are energy efficient from the start.

“I took us out [of the Paris Agreement] because we were going to have to spend trillions of dollars and we were treated very unfairly. When they put us in there, they did us a great disservice.” —Trump

Trump’s lies on the Paris Agreement are old news. First, climate action now will be far less expensive than the expected large-scale costs of a full-blown climate crisis. Global cooperation is also paramount to mitigating the worst impacts that climate change is poised to bring. Under President Obama, the United States was a leader on this front, and Biden plans to resume that role. He has promised to immediately reenter the Paris Agreement and recommit the country to reaching its carbon reduction targets—which we currently are a far cry away from meeting. Put simply, the world can’t afford for us to stall for another four years.