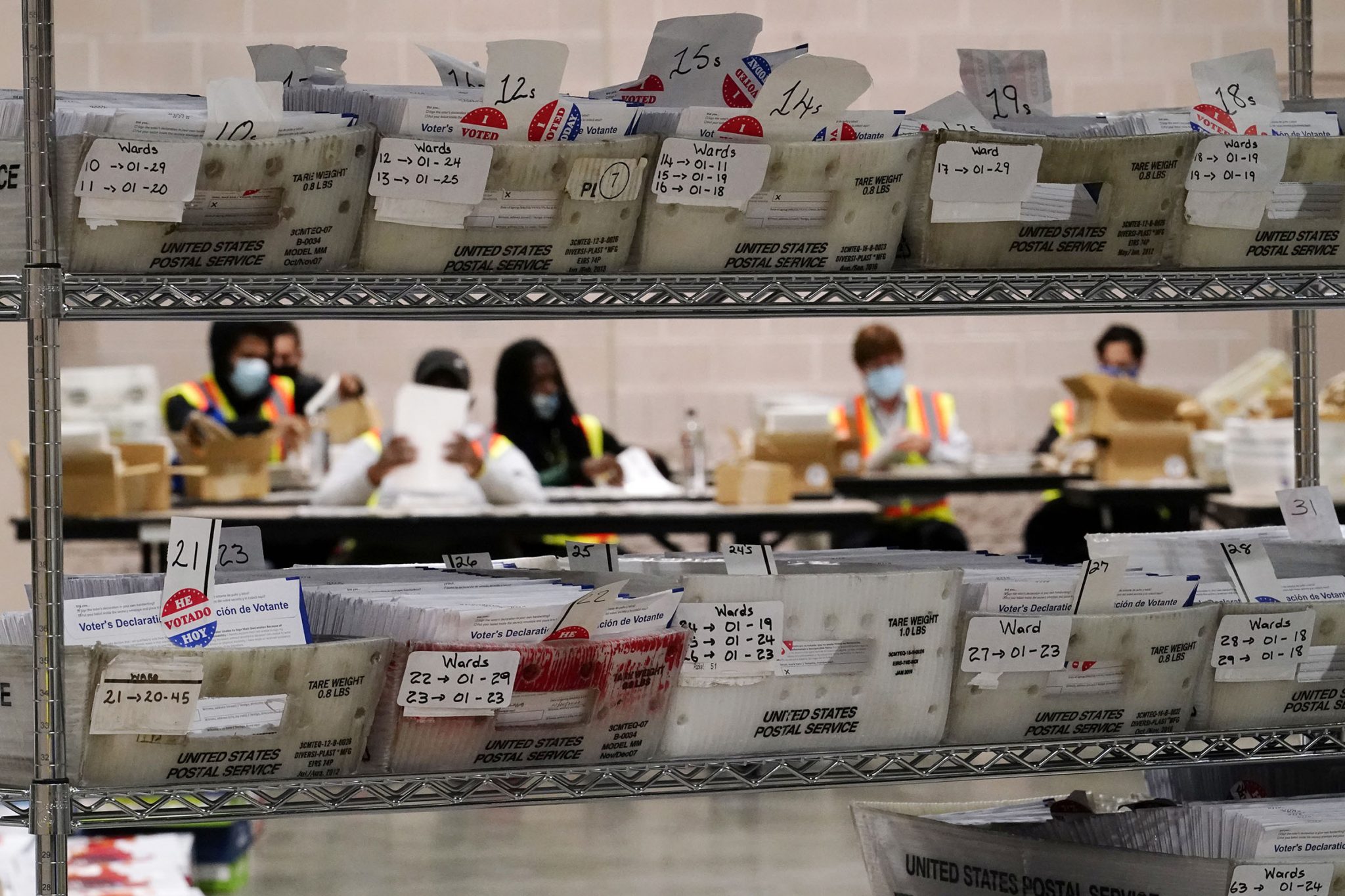 Trump’s desperate attempts to hold onto power will not be tolerated.

No doubt that it was deeply disappointing to wake up this morning without a declared winner in the presidential election. But we knew this outcome was a possibility, and we are prepared to be patient—and vigilant.

Millions of people fought like hell to elect Joe Biden and Kamala Harris. While it’s so very close—we are encouraged by the latest reporting and remain hopeful that when all votes are counted, Biden and Harris will be declared the next president and vice president of the United States.

Like people around the country—and across the world—we’ll be watching election returns very closely, especially where the races are tight and ballots are still being counted. It’s important to be patient while the democratic process plays out. It will take time for states to fully count every vote, especially given the unprecedented number of voters who cast mail-in and absentee ballots due to the ongoing COVID-19 pandemic.

Trump is desperately trying to hold onto power. After all, undermining public confidence in the voting process has been a central part of his cynical strategy to get reelected all along.

What Trump and his allies are really trying to do is disenfranchise voters, especially in communities of color and in low-income communities. Every vote must be counted.

Nothing should stand in the way of our nation’s democratic commitment to counting all ballots.

We are using every tool available to ensure that all the votes are counted:

The NRDC Action Fund and our sister organization, NRDC, will be ready to keep fighting for our environment, for climate justice and clean energy, and for a stronger democracy.